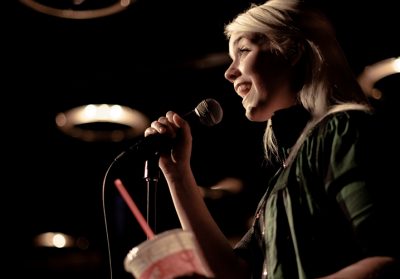 I don’t want to brag but when I was in elementary school, I was given a scholarship for an acting workshop at the public library near my house. And my mom of six kids was like, yes, a place for my daughter who never stops talking and follows me around constantly to go to all day every day for a week? Can we make it two?

The workshop led me to my first major role as the narrator of my school’s sixth grade musical production The Pied Piper of Scotland. In this rendition the narrator was a giant pink cat with a southern accent. Stay with me–I saw the movie remake of CATS and this makes more sense.

My big musical number was a song called, “I’m just a CAT.”

That’s all I can remember because every night of the performance I forgot the words at that point and would just sort of improv the remaining lyrics. Clearly, no one understood that I WAS IN CHARACTER AS A CAT WHO IS LAZY AND MAKES MISTAKES. It’s right there in the song! My manager* recently asked that I take this production off my resume.

When I was in the 7th grade, I auditioned to be in the 8th grade drama class. I made the cut because there were no cuts. And that year we had to write our own play because play writing clearly isn’t that difficult.  Our show had EVERYthing you could ask for. Relationship drama, eating disorders, pregnancies, alcohol, drugs, mistaken identities. If only we added vampires to the mix—we could’ve had CW’s next big hit!

By the time I got to high school, I couldn’t figure out why Hollywood hadn’t called yet. My auditions for American Idol kept getting “lost in the mail” or so my mom told me.  So I took matters into my own hands and signed up for the school talent show. I chose a real understated number. Christina Aguilera’s, “Come On Over Baby”—dance break included. I wore baby blue sweatpants, white sneakers and a white t-shirt. I rolled up one pant leg and wore a baby blue visor to the side. All my choice. Apparently I had no one in my life brave enough to stop me. I even asked the hip hop instructor at a local dance studio nearby to show me some moves for my dance break. There may or may not have been a chair involved. The confidence!

The talent show came and I did it. I performed the whole song. I put my finger in my ear, closed my eyes, squatted down and belted into the mic just like every diva I’d seen on MTV. I huffed and puffed through the dance break and, for an added bonus, threw my visor dramatically off stage. The reviews flooded in. And I quote: “Funniest thing I have ever seen. I have never laughed so hard.” And those were just from my teachers.

After that I joined a singing group called, X-treme. Our “tour” took us to Hawaii where we performed at outdoor malls. And of course, who could forget the New York City subway tour. And then our parents were like, why are we paying for this? At that point, we made a mutual decision that it was time to move on.

This led me to my first paying gig at an amusement park in Northern Utah. Think knock-off Six Flags. Like the store brand version of Oreo. Slightly disappointing but if there’s nothing else, it’ll do. It’s basically a summer establishment where family reunions go to implode. I had to commute an hour and half both ways to get there. The show I was cast in was called Rock U2 the Top and we sang and danced hits from the 80’s, 90’s and today (which was 2004), 45 minutes at a time, 4 times a day.  I did most of the heavy lifting in the show because my male counterpart was smaller than me and it was just so much easier to pick him up.

That same summer, I turned 18 and made the choice to take my skills to the Big Apple. Somehow, and this was truly a miracle, I landed a spot at New York University in an experimental General Studies program. My plan was to transfer into the musical theater program. But, honestly, that was really just my back up plan. I figured I’d off the plane and immediately be discovered. When that didn’t happen, I tried and quickly realized that I didn’t fit in with musical theater kids. First of all, I couldn’t make it through a monologue without giggling. I didn’t like pretending I had an accent (because I was terrible at it). And I couldn’t stand all the hugging. Actors love to hug. Despite all this, I still auditioned for the program.

Well, I was NOT accepted, much to no one’s surprise, and accidentally fell into studying television production. Television is the film business’s less glamorous awkward little sister, which, with four older siblings, was the role I had been playing my whole life. It was a good fit for me and I liked it. A few years into working at what was considered, at the time, a television dream job, I realized that I was a mediocre employee at best. I got by because I was nice and funny and people didn’t hate to be around me which shows you how much you can accomplish by just being nice and funny and not insufferable.

But I missed performing.

I didn’t want to sing. I didn’t want to act. I couldn’t really dance. (I was bad at accents and an even worse hugger.) So what did I do when I realized that the dreams I’d been chasing my whole life weren’t right? It’s like they say: if at first you don’t succeed, try, try again. Then try a couple more times. Then become a comedian.

*My husband is my manager.

Other memorable moments not mentioned: 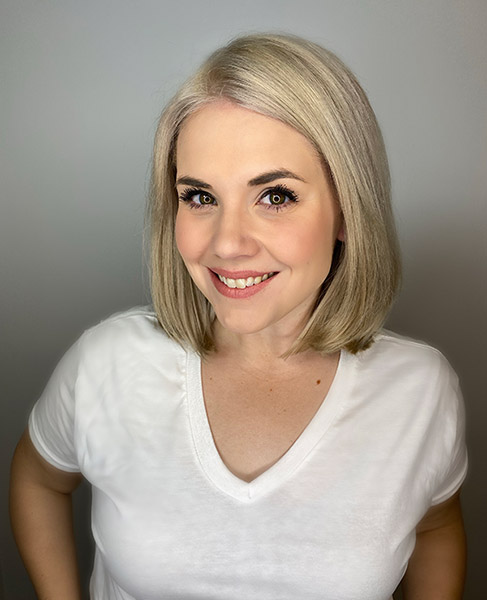